The rest of second grade was an emotional roller coaster for me.  For the most part things stayed level.  Little things here and there would irritate me to no end, then, in the last week of school, my son made a statement that left me speechless.

While waving out the window ferociously at his teacher, “Mom, did you see Mrs. X?  I haven’t seen her in at least 6 weeks.”

I locked the door of the car so the teachers hoisting kids out of the cars for school couldn’t get to him, turned around, and as sweetly as I could, asked,  “What?  Did you really just say you haven’t seen Mrs. X in 6 weeks?”

I unlocked the door and he ran to join some friends to walk into school.

The first thing I did when I got to a computer was email Mrs. X and tell her what my son had said and to ask if it was true.  It took her 2 days to respond.

She called on day 2 sounding very humble and said she was sorry for taking 2 days to respond but she had thought there was no way that was true, had gone through her calendar very thoroughly and was sad to say that yes, it was in fact true.  She had not seen my son for 6 weeks.

I sat and listened to all of her reasons and did my best to remain calm.  She was not at fault.  This was proof that the system didn’t care.  I did ask questions about how often she had seen him during the year and she said up to 3 or 4 days a week, but of course if there were parent meetings or other events then she wasn’t able to see him.  The last 6 weeks she had to proctor STAAR twice, had other 504 meetings, off campus trainings, etc. 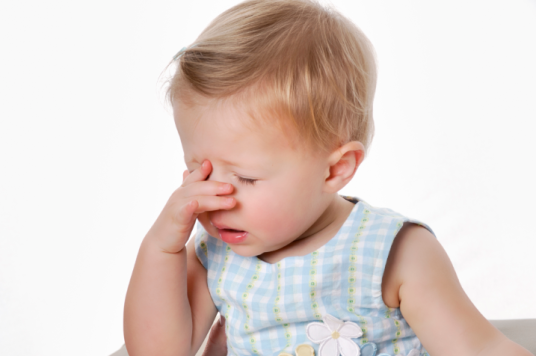 Then it’s summer.  We commit to 3 days of dyslexia tutoring with his private Neuhaus dyslexia tutor, and send him off to sleep away camp for the first time ever for one whole week.  He came home a tad under the weather and in less than 3 weeks had full-blown pneumonia.  Needless to say, I think we got in 5 to 7 tutoring sessions total before the wheels fell off of that bus.  Best laid plans right?

It takes most of the summer to recover.  He was confined to the house with babysitters and lots of meds for about a month.  He got well close to the beginning of the school year, but still far enough off that we shipped him to his grandparents house for a quality visit with them.  We brought him home just days before the start of 3rd grade.

We only had a few days of school before Hurricane Harvey struck our city with a relentless barrage of rain that created an epic flood.  Just prior to Harvey, I had a meeting with my son’s three teachers, which Mrs. X had been kind enough to set up.  We talked about my letter to them (this is a future post) and my expectations.  Mrs. X asked how our tutoring went over the summer and was sad to hear of his pneumonia, but suddenly claimed it explained so much, and handed me the dyslexia evaluation she conducts at the beginning of each school year.

This report said he could not even read at a PK4 level.

Have you ever wanted to shake someone?  Have you ever wanted so badly to prove someone wrong that you’re almost vibrating with pent-up emotion?  I had a hard time keeping composed, but I did it.  I had a hard time not storming through the entire school to find my child, to sit him down in front of her and PROVE that he COULD READ well past a PK4 level.

That’s when I put the final touches on my strategic plan.

Over the 2.5 weeks at home during Harvey, I worked on the FIE letter that my advocate had sent to me and organized and scanned in all of his 2nd grade papers, report cards, etc. (See How Organized Are You? (Part 1 of the “Prep” Series) for more on that subject).  As soon as school reopened, I hand walked the letter into the school, went straight home and emailed it (cc’ing myself for confirmation of delivery) and waited.

They were quick to respond and before I had to return to work since my work place took longer to reopen flood water free, we held the meeting for me to sign off on the FIE process and the clock began.

I kept it a secret that I had an advocate and the time for the annual 504 meeting came up.  The school employee conducting the FIE was now in charge of the scheduling for all meetings with me and sent the notices.  She seemed to feel that something was up and asked repeatedly if I was coming alone or if anyone was coming with me.

The day before the meeting I finally said, “I’ve hired an advocate.”

Let me tell you, that changed things.

Suddenly the school principal is attending the meetings.  I had met him before but he never took notice of me, who knows, maybe he still hasn’t, but I left an impression on him that day, that’s for sure.

I picked a fight with him, because really, why not.  I needed to get a measure of the man.  I had my assumptions based on the short time in the meeting, but I needed to know for certain.  The best way to find out was to bring up my intention of opting out of STAAR.

Sadly, I rather enjoyed the next several minutes of that meeting far more than anyone in the room, save my advocate, really knows.  Honestly, it’s the most fun I’ve had.

True to my assumptions, he underestimated me.  He was more than surprised that I was fully prepared for his canned speech, written by the TEA, and that I still wasn’t going to cave.  Yet, that wasn’t the point.  I had the measure of the man and achieved what I needed to achieve, which was show I wasn’t a parent to be intimidated.  I was informed, and I wasn’t going to back down.

I stopped the bickering and got back on agenda.  We, my advocate and I, said the things we wanted to say and got them into the recorded record (I record everything!).  The school said what they wanted to say, which wasn’t much, and knew, without a doubt, we were not going to back down from what we were determined to achieve, the IEP.

Testing concluded before Christmas, but we couldn’t align our schedules to meet prior to the end of the semester for two separate meetings.  They requested to hold the FIE review and the ARD back to back in the same morning, which I refused.  You DO NOT have to do the meetings back to back.

You need the FIE meeting, then YOU NEED TO LEAVE.  You need time to PROCESS, process the results, process your feelings, talk to your circle, talk to your advocate / lawyer if you have one, and make your game plan.

So, we held the FIE review right before Christmas and we held the ARD the 1st day back from Christmas break, on a teacher in-service day, the day before school started for the new semester.

Let’s just say, the advocate and I were so blown away by what we got, because it was a lot, that we failed to see the big hole, which was the lack of program fidelity.  For what I knew at the time, for where my son was, we did receive a lot.  We both expected a lot of drama, there was none.

Yes, I’ve had to go back several times and modify parts of the IEP, including program fidelity.  That was it’s own drama.  I’ve added in OHI for migraines because my son has them and misses a lot of school as a result, and wanted / needed that legal protection.

But, a year later, it’s not over.  It will never be over.  As I travel this road with my son and learn more and more about him, where he is, what his strengths are, what his weaknesses are, how he learns, how he’s doing, what is working and what isn’t, this will remain a journey of evolution, and the IEP must reflect that.

As I look back over the last year, so much has changed in my own personal level of understanding, not just of him, but of dyslexia in general, in the terms and definitions, of the politics that drive certain agenda items in relation to those terms and agendas, and how that impacts my son; but too, my understanding of my son’s journey with dyslexia is also constantly evolving, as it should, as it must.

Nothing will ever be status quo; such a concept in this life does not exist.

So why did I want the IEP?

I wanted to guarantee my seat at the table.

I wanted to guarantee the school took ownership of my son’s success and / or failure.

I wanted to guarantee he received the services that he needed to receive, to function in school, especially since that wasn’t happening as it should.

This isn’t a construct I had any say in, and that’s fine, but if these are the rules of engagement then so be it.  I do not abdicate my authority over my child just because he walks into a school building, and I will make damned sure that he has everything he needs to succeed, whether I pay out of pocket for that or not, but at the bare minimum, the school will provide what they’re responsible for providing.

But, I also have to ask, why me?  I know other parents of dyslexic children within our district.  I know the struggles their children have.  I know that I have more for my son then they have for their children, and it’s also been a less arduous route.  It doesn’t make any sense and it certainly isn’t fair, and we have to fix that.

This is just our story.  There’s so much work to do for all children, to ensure they receive everything they need to thrive.  There shouldn’t be questions of what they need, how often they need it, or who should provide it.  As parents we shouldn’t have to fight.  It shouldn’t be this hard for anyone.

But, until that day comes I’ll be here, working, fighting, moving forward one step at a time.

Thank you for being here with me.