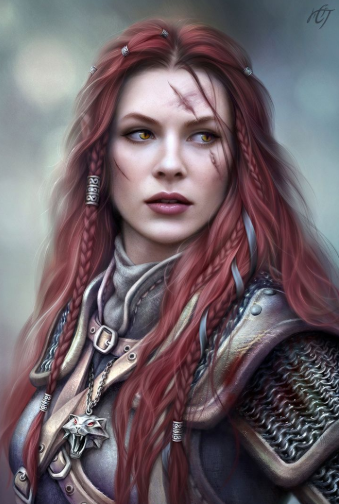 The night before ARD #3, I had a conversation with a friend of mine, the super amazing Neuhaus trained teacher warrior mom (#teammom), and she asked me a very hard question I am certain took a great deal of courage to bring up.

While I had contemplated losing, the question stopped me in my tracks, and it needed to.

Yes, I was charging ahead, axe raised, damn the consequences.

The silence in my head was deafening.

My husband is very accustomed to me texting him saying, “I’m done and I’m putting an attorney on retainer!”

The paralysis the question caused me told me I needed to have a good think.

What were my odds of losing?  Extremely high.  I knew that at this point with that laughable IEP draft that I didn’t finish marking up until 5:30 pm that very night, the eve of the ARD.  They had learned NOTHING.  Absolutely, positively, undeniably, NOTHING.

Legally, did I have them painted into a legal corner?

If I filed would I win?

An even bigger YES!

What would I ask for?

Compensatory damages and tuition at Briarwood for as many years as it took.

Did I have an answer that night while I was talking to my friend?

I went upstairs, read to my son and put him to bed.  Without saying much to my husband, I went to bed too.  I’m not even sure my husband knew what I was doing the next morning.

I slept poorly, unusually restless, even more so than normal on the eve of an ARD.

In the morning I got my son off to school then headed home to finish getting ready.  I had asked for a lot of prayers from my family and friends.  I know they all lifted me up.  My parents sent me encouraging words by text.  I felt a calm come over me.  I went to the meeting and listened.

The team did not provide an updated copy of the IEP to me to read along during the meeting.  They were letting me ask questions, but the intention was to railroad me.  The pace was quick.  They wanted to end and so they were trying to drive me to a final conclusion.

I contemplated various speeches in my head, various confrontations, moves and counter moves.

Either way a crime was being committed, and I was witnessing it.

I had not let my son attend this meeting, even though he had asked to be there, because I was concerned about some of the content and didn’t want him to melt down during the meeting.  As I sat there and listened, his face was all I could see.

The fact of the matter is, my son is very happy in school.  He loves his school, loves his teachers, loves his friends.  He understands that he is dyslexic, almost always accepts the help that is in place, and has good grades.

(No debates on the baselessness of grades in our educational system these days.  I 100% agree, but we’re not going to go there right now.)

He talks a lot about going to Jr. High with his best friend, and how happy that thought makes him.

And, despite all of the evidence to the contrary, the story I haven’t told, is that while I’ve painted a terrible picture, he’s actually improving rather dramatically.  After three years in the Neuhaus program (yes, he’s only at the end of book 2), he’s leaping ahead and has been since December.  That momentum has not stopped at all.  He checks out books from the library and actually reads them, AND ENJOYS IT!  No, his handwriting is HORRIFIC, but his hands do not hurt when he writes and he can write fast enough to keep up with his peers.  He can only sort of spell.  He’s gifted in math, but he’s struggling with the symbols and fractions.  We can teach that to him with http://www.WoodinMath.com ourselves.

My child’s struggles and the reason his accuracy, fluency, rate and comprehension are falling, is because they’re all actually progressing, they’re just not connecting.  The Neuhaus program, like all other programs, does not work on each skill as a group together, they work on them in isolation, and in the latter part of the program, i.e. the part we’re entering, they pull it all together.

When my child reads for comprehension he reads amazingly well.  When he reads for fluency he reads very well.  The problem is he’s making a conscious choice between those two every single time he reads.  He cannot do both at the same time, and if he tries, they both suffer, i.e. the resulting bell curves.

Additionally, prosody is not there as it should be, but that’s coming along too.

The problem I see, which may be unfounded, is I am afraid they won’t come together, and I see significant frustration on the horizon, should that fail to happen.  The wall is huge.  I watched him slam into one wall and the thought of him slamming into the next one makes me physically ill.  I truly want to vomit.  I’m terrified that after 3 years of intervention costing roughly $50,000 to date, that it’s not been right, that it’s not been enough.

Not being dyslexic myself, I’m navigating this road blind.  I’ve read the books, listened to the lectures, have experts overflowing in my life, but I feel like someone cut my eyes from my head, threw me into No Man’s Land and told me to figure out how to save my son with no help, no tools, in this dangerous wasteland, surrounded by enemies, blind.

He trusts me, loves me, depends on me to show him the way, and I constantly feel like I’m failing him in every possible way.  The statistics scare the hell out of me and I pray sobbing prayers to God to show me the way.  Scared of no one, I willingly fight, willingly break, willingly and willfully keep going.

And, I stand up in front of the school administration and laugh at their condescension, their ego, their ignorance.  I dare them to bring it on.  I dare them to come at me.  I’m not scared of them.  I am only afraid of failing my child.

I rage because I must rage.

So in meeting #3, the knowledge that they have learned nothing was not a surprise.  I knew leaving meeting #2 that I could lose.  A big part of me has been prepared to lose, but what losing meant was not something I had measured fully.  Now I’m sitting in meeting #3 staring at the scales of balance, weighing my options, pondering my son’s inner peace…

…and finally reach a conclusion.

At least on paper.

And because of that, a big part of me feels that I have failed.

To you, it will look like I threw in the towel and failed.

The ARD was a few days ago and I’ve been so depressed I feel like a zombie.  I’m going through the motions, but if you know me at all and are actually seeing me during the day, you can tell something is off.  I think I’ve said all of two words to my husband.  He probably thinks I’m mad at him, but the truth is I just can’t talk to him about the meeting, not yet.  Even though I’m pouring my heart out here, telling him will be admitting the truth, that I failed.

And, while I need to do the ugly cry and have him comfort me and tell me I did the right thing, I just can’t yet.

Because the truth is, that while it seems like I failed, I didn’t, because suing right now is not in my son’s best interest.  Mentally, emotionally, descending into a law suit whose final conclusion will be to put him in yet another school, albeit a dyslexic-centric one, is not in his best interest.  Not today at least.  And too, I know that we will do all that is possible to keep him moving forward, supported, remediated and successful.

So, what I have to come to terms with is, yes, I failed in my ability to push my inept, corrupt district into willingly doing the right thing, and that should not surprise me in the least, but I did not fail my son.

And the truth is, while I did sign that stupid joke of an IEP document, inside my head, my choice was vastly different.

They have failed miserably for 3 consecutive school years.  All of my son’s successes are due to our investment in helping him, and we’re not about to stop.  The school’s goals are subjective, and their inability and blatant unwillingness to understand dyslexia makes them fools.

And, fools serve a purpose in life.  While I usually can’t suffer fools, when I’m willing to, at least for me, they’re entertaining little play things.

So I unfurled a little more rope.

They were all already hanging at the end of the nooses around their necks, feet kicking and still alive, barely.  All I’ve done is release the slack a bit.  The district’s failure to deliver will snap the tension and end this game.

I can afford to be a bit patient because my son is currently doing well, thanks to private tutoring.

I really believe that this is the right course of action, for now.  This is what is in my son’s best interest emotionally and for his sense of well-being.

As for the district, a new game is afoot.  This one will be fun, and I will enjoy every single solitary minute of it.  They have truly underestimated little ole’ me.

They think I’m “just a mom,” and that’s freaking hysterical!!!!