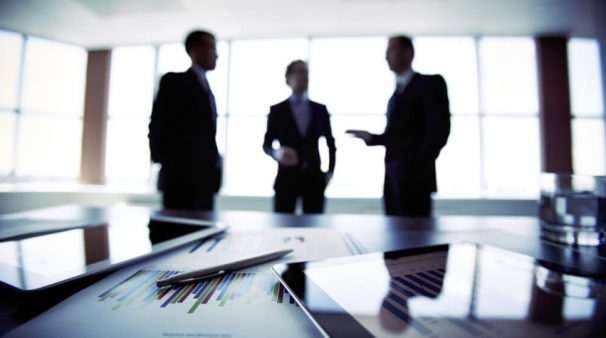 In negotiating, it’s the little things that can sway the power both for and against you and impact you’re ability to achieve success .

What do I mean by the little things?  Let me give you an example where I messed up.

For all of my years of negotiating, I had one particular school meeting where I was far too amped up for my own good.  It was like I had an entire pot of coffee seconds before the meeting, and I don’t even drink coffee.  I could hardly talk!  My brain was moving so rapidly my mouth just couldn’t keep up.  I showed too much emotion because I couldn’t calm myself down (and because I was furious).  My school’s Vice Principal, read me like a book.  She’s highly skilled at reading people and makes intense eye contact the entire time she speaks to you, further enabling her ability to read people.  With what seems like the most ridiculous of behavior changes, I gave her far too much insight into how I think and I instantly knew it.  I was furious at myself for weeks.  I had broken one of the core tenets of negotiation and the only one I had to blame was myself.

While I should have been late to the meeting and taken 5 minutes to meditate and practice deep breathing in order to slow my heart rate and allow myself to calm down,  I had instead allowed myself to sacrifice too much power because I was emotional, and as a result I put myself in a precarious position.  I had shifted the power dynamic in a way that was detrimental to my purpose of getting my son what he needs.  I had to shift the power dynamic back to something more balanced.

I had to behave like I knew I was supposed to behave and do what I do best.  Negotiate.

Below is a great article on business negotiations.  I’ve broken down the core principals from the article and applied it to our world of dyslexia ARD / 504 meetings.

Answer all of the questions below before hand.  This is a key part of the necessary prep work you need to do before any meeting.  What do you want and why do you want it?  What justification do you have in asking for this goal?  What laws, legal precedents, state dyslexia handbooks, etc. support your ask?  Remember, focus on this set of questions in defining your purpose.  Don’t be ambiguous, be specific!

Separate the people from the problem

This is key.  I wish I could state how key this is.  You have a problem, your child is dyslexic and as a result your child needs either services, or accommodations or maybe both.  Unfortunately you can’t login to some random program and access a menu of options and order them a la carte and have them implemented.  You have to go through people to achieve your goals.  And, once again, what are people?  Highly flawed creatures.  People lie, manipulate, get emotional, bully, intimidate, etc.

YOU HAVE TO SEPARATE THE PEOPLE FROM THE PROBLEM.  YOU HAVE TO TABLE THEIR EMOTIONAL RESPONSES TO GET TO THE END GOAL THAT YOU ARE IN THERE TO ACHIEVE, AND YOU HAVE TO CONTROL YOUR OWN EMOTIONS.

Until you can separate the emotion from the issue and the people, you should either a) delay the meeting or b) hire an advocate to do it for you.  I personally recommend an advocate because delaying the meeting just means that much longer until your child gets services.  An advocate will be the best money you’ve ever spent (plus, it ups the ante of the negotiation and is a powerful shift in the dynamic in your favor if you hire the right advocate).

Time is your biggest ally

Truly, time is your ally, especially if you’re conducting the vast majority of your business via email.  No one is sitting in front of you demanding an answer.  You’re not backed into a corner and it’s very easy to not respond until you’ve done the homework you want to do to best support your position.

Plus, sometimes you’re tired and need time to calm down and reboot.  Remember you’re going to have to work to turn a lot of No’s into Yes’es.  This is both draining and frustrating.  Remember to be kind to yourself.  Hopefully you have a good dyslexia support network of very knowledgeable people who can help with the homework.  If not, message me and I can both help and guide you to the people and resources you need.

However, if you’re in a room full of people and you don’t like how the meeting is going, the responses you’re getting, emotions are running too hot, whatever,  stop the meeting and table all issues.  If you’re in an ARD (or even a 504), terminate the meeting and walk away.  If an ARD you have 5 days to reconvene and resolve the issues.  That’s 5 days of prep time for you!

My only caution would be to be careful with a 504.  You do not have the same legal rights in a 504 that you have in an ARD.  The school can make and implement decisions without you in a 504 so be wary of that fact.

Focus on interests, not positions

I had a colleague who had a saying I both loved and adopted:

You have goals.  What you’re asking for is what your child needs and is legally entitled to.  You’re not asking for anything unreasonable and outside the bounds of the law (at least I hope not).  Someone’s opinion isn’t relevant.  A meeting attendee’s interpretation of the law, the request, the services, the accommodations, etc. is not relevant.  An ARD / 504 is not the place for opinions.  It is a place for fact and better yet fact supported by law.

Shut down the opinion bloviating as quickly as possible and keep the focus on the facts.

Admittedly I’ve only gone into one meeting where I was prepared with mutual gain options.  Up to that point I had a laser focused agenda, which was to get my son what he was legally entitled to.  I got what I wanted and it broke my son’s heart so I went back and asked to modify what I had just received.  I detailed what compromises would be more than satisfactory to me, but also knew I was at the school team’s mercy.  It worked well in my favor that they had come up with their own compromises that were far better than my own.  In other words, I got lucky.

In any negotiation, it is beneficial for both parties to feel like they win.  No one wants to feel like they lost.  If it is possible to find the compromise, then be prepared to present them.  This is a difficult thing to do when it comes to dyslexia advocacy, and I won’t pretend to have any great advice here.  Just know that this is something you may have to do from time to time, depending on the situation.

So this one is kind of a gimme.  In your IEP you’ll have specific goals.  If you’re in a 504 your goals are not documented so this doesn’t apply.  The below steps are the key to helping to develop a quality goal.  Remember though, the goal shouldn’t constantly shift forward into time.  It should be reasonable and achievable.

BATNA = Best Alternative to A Negotiated Agreement, i.e. what would you be willing to do if you are forced to leave the negotiation table empty handed

This is the position none of us want to be in, but a position many will face.  I refer again to the fact that education is big business and no longer interested in the individual’s ability to succeed or not.  I’ve heard some pretty awful horror stories about refusal to diagnose dyslexia even when it’s apparent and other diagnosticians have already identified it, to rejecting diagnoses because it doesn’t align with the district’s view of what tests are acceptable to diagnose, to a flat our refusal to even acknowledge the existence of dyslexia, much less say the word, to far far worse.

If you are forced to walk away, that doesn’t necessarily mean you’re out of options.  Depending on why you’re walking away empty handed will take you down various paths, so I won’t expound on that here.  Just know that the fight isn’t over and you’re not done.  You have options.  Breathe and ask for help.