My last few posts have been largely about ensuring you’re walking into the school conference room like you would any business dealing.  I hope I’ve offered some small tips and negotiation considerations.

But, let’s face it, at the end of the day this is a game of chess. 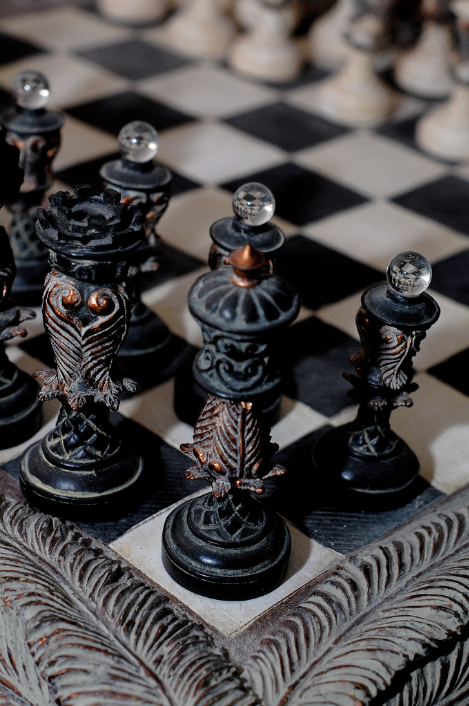 Two opponents sit opposite each other with a chess board in between.  White and black.  The parents are white, because white moves first.  The school is black and will always move second.

It’s an elegant dance around the board, a game of strategy.

This is why dyslexia advocacy exists.  This is why myself and others work to educate and fight for the rights of our children.

If our schools always did what was right for our dyslexic children, you wouldn’t be asking the questions you’re asking because we’d live in a better world.  The need for the Supreme Court to get involved and hand down decisions like Endrew F. would never need to occur.

Some parents are lucky and get what their children need.  I’ll admit I’ve been fortunate so far, but my son is only nine and only in elementary school.  I’ve got eight more years of public school in front of me and I’ve got to take this chess game one year at a time.  Trust me, I don’t have any delusions about what’s ahead.

However, I’ve worked with parents in my own district who can’t get a dyslexia diagnosis when their children are clearly dyslexic, and if they do get a diagnosis, the district is still forcing a 504 agenda, not an IEP.

From other parents, in other districts, I’ve heard horror stories of both physical and mental abuse by both teachers and peers where the school did nothing to protect the child which further perpetuated the abuse.

Some districts refuse to acknowledge dyslexia is real or even say the word dyslexia, which is the very reason behind the origination of #SayDyslexia.

Some districts abuse RtI (Response to Intervention) and delay true diagnosis and intervention and then complicate the issue further by dismissing the child too early from RtI, leaving the child in a floundering state, subject to a system that is failing them.

A consequence of the lack of services is that many parents have no choice but to cope with their children’s anxiety, depression, PTSD, threats of suicide, etc. on top of the dyslexia itself.  I’ve not yet seen specific percentages on these occurrences, but they are happening.  If you don’t believe me trust me when I say I can instantly think of several people who can attest to what their children are suffering.  I can attest to the growing anxiety my own child is exhibiting.

Here are some journal articles on the emotional effects of dyslexia:

The vast majority of Americans are stuck with public school, stuck fighting for their child’s learning differences to be recognized and for the proper interventions to be offered, by the properly trained personnel, not someone who sat through a 1-day training on the district’s chosen method (which may or may not be evidence based), but certified dyslexia therapists and CALTs (Certified Academic Language Therapist).

My point, and what you already know, is that this is a game, and visualizing that this is a game of chess may help you realize this isn’t a quick game but a long one.  Your strategy may include tactics like advocates, lawyers, law suits, home schooling, private schools which focus on learning differences, etc.  But on the surface of things, there does seem to be a finite number of strategic moves open to families fighting for their children’s rights.

But there is IDEA (Individuals with Disabilities Education Act), and the International Dyslexia Association (www.dyslexiaida.org), and the Shaywitz’s (www.dyslexia.yale.edu/), and there are other dedicated research groups producing excellent scientific data, and there are individuals and advocacy groups working in our state legislatures and on capitol hill.  The thing I ask of you is to raise your voice, to please not just be “that parent” but to add your voice to the growing cacophony demanding change.

Find a dyslexia advocacy group and join.  Join your local (or regional depending on your state) IDA chapter.  Read the books.  Educate yourself.  Be proud of dyslexia.  Stand tall.  Demand change!

Your opponent thinks you’re going to give up after a limited set of moves on their part because they’re playing a short game meant to defeat you quickly thereby convincing you to give up.  What they don’t see is the long strategy, those of us in this to create real change.  They don’t see us working to change the rules of engagement.

Let that give you hope and become “that parent” they talk about behind your back.  I am totally that parent, and I rather enjoy it.  I think you will too.