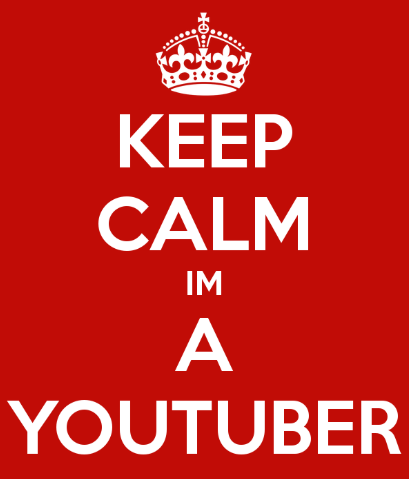 I’m doing something I didn’t think I would do.  I’m actually Googling “How do you become a You Tuber?”

Despite the thoughts that may fly around inside my head, I support my child’s dreams.  This is why I cut back on dyslexia tutoring during soccer and baseball season so my son can play the sports he loves.

Yes, Mary, I can hear you wagging your finger at me!

As it turns out, the latest dream is to become a Youtuber, reviewing and playing video games and having other fun adventures, like today.

Why does a 9 year old want to be a Youtuber?  Well, it’s really my fault.  You see near the end of 2014, while playing with my son, I had a teeny tiny household accident and shattered 2 bones in my leg.  The downside of such an accident is having your doctor look at you and tell you you’re stuck in bed, flat on your back with your leg elevated higher than your heart for a bare minimum of 8 weeks.  Ugh!

So my crazy busy life came to a complete halt.  My carefully juggled commitments came crashing down on the floor that night with my body.  My beloved husband and amazing friends picked up the pieces and life went on, but my son, who was only 5, had witnessed my accident and his little traumatized self refused to leave my side.  Everyone was maxed out and I was confined to bed and heavily drugged.  The result?

He was instantly in love and hooked, and we watched, knowing full well what was happening, but with little choice given the circumstances at the time, shrugged and realized there would be consequences we’d have to live with.

Anyway, I’m not sure how, when, why or what for, but my son told me recently, “Mom, I’ve really put a lot of thought into it, and I really want to be a Yourtuber.”  He was perfectly serious and I knew then it wasn’t the time to go “NO!” so I did my fall back and said, “I’ll think about it.”  Of course every time he crossed my path he asked if I had thought about it yet.  I finally told him that I supported his dreams and he can be whatever he chooses to be when he’s an adult; so he clarified, “Not as an adult, mom.  Now.”

So I tell my husband and he tells me about other kids who are doing it too, and he doesn’t see the harm in it.  I feel myself start to cave, so I do two things.  1) I tell my son yes which makes him incredibly happy, and 2) I tell him I will help him, which makes him even happier.  Little does he know I’m helping him is so I can be the content editor and staunch protector.

I see you rolling your eyes at me.  Honestly, I can.  So other than being editor and press adviser, why would I allow this?

1) I’m all about helping my son find his gifts.  I want him to know that whatever his gifts may be, that I’m here to support him every step of the way.  Not that I’m expecting him to be the next Spielberg, but I remember watching an interview with the famed director where he said his only outlet as a child was through his parent’s camera, and how encouraging his parents were.  So maybe by letting him explore his creativity on YouTube, I’ll help him become the next Spielberg or Anderson Cooper, or whomever he chooses to be.

2) He needs a creative outlet that’s all his.  School is hard enough and while we need to raise non-comformists, we also need to provide the means for them to pour their gifts and energy into something creative.  This is an easy thing I can give to him, and who knows where it will take him.  I’m kind of excited to see what happens next.

3) He doesn’t know it, but I do want something in return, and that is him giving computer coding a chance.  There’s this adorable little center near where I live that teaches kids to write code.  He thinks it will be too hard and I think he can do it with his eyes closed.  However long the YouTube thing lasts, that’s fine, but I want him to give computer coding a genuine chance.  He talks of being a game designer and now that he’s seen “Ready Player One,” actually being the person who creates the Oasis.  As I do with all dreams, I tell him he can do and be whatever and whomever he wants to be.

So, I will sit here and keep Googling “How do you become a YouTuber” until I genuinely figure it out, because I’m “that” mom.