My son is dyslexic, but that is not what defines him.  It is an aspect of who he is, but not the only thing that he is.

My son is an extremely intelligent child who loves to learn.  His favorite subject is math and numbers just make sense to him, when he slows down long enough to hear the entire explanation.

He does not like to read or work on his reading, but he understands that this is something where he has no choice.

He loves soccer, baseball, chess and playing on his iPad.  He’s dying to get out of his booster seat in the car, but he’s not yet 4′ 9″ tall nor 90 lbs. so for now he’s stuck.  He has an answer to every question or life riddle, whether he made it up or not, but the authority with which he speaks is pretty convincing, even when you know he’s full of it.  He loves to build Legos, but doesn’t do it very often.  He loves the Star Wars universe, but not the movies.  He loves Darth Maul and Darth Vader, and while he loves the bad guys and wants to be a bad guy himself, he says he can be a bad guy without actually hurting people or truly being bad.  He likes learning how to bake.  He loves to be read to and to listen to audio books.  He’s funny, self deprecating, has a big heart and loves animals.

He’s always had the sweetest smile.  He prefers his hair long, not shaved close to his head.  He doesn’t care how much it sticks up with either bed head or sweat when he gets hot.  He refuses to brush his hair.

He is empathetic and stands up to bullies.  When he was 6 years old we were at a Trunk or Treat event.  I was across the football field, speaking with another parent when we both happened to glance in his direction.  We saw him stepping backwards rapidly like he had been pushed and as I was trying to get the words “what’s going on there?” out of my mouth, my son charge the kid who had pushed him.  Both the other mom and I said “Oh gosh!” at the same time as I started to run across the field.  Before I got over there the other little boy (Johnny) tried to put mine in a head lock but failed as my son twisted around and shoved him to the ground.  I got between them as the Johnny charged my son again and told them to separate.  A little girl standing there, Sophia, tugged on my shirt and said “Please don’t be mad at your son.  Johnny was being mean to us and shoved me to the ground and your son told him to stop so Johnny shoved him too.”  Well, during this Johnny had walked about 10 yards away before turning around and charging towards my son again.  I stepped between them and in my most ferocious mom voice shouted to Johnny, “NO! GO AWAY!”  After Johnny ran away, this time for good, I high fived my son for standing up for his friends.

He is risk adverse.  My husband wants a motorcycle and my son is terrified my husband will get hurt.  He wouldn’t even walk across a balance beam in Little Gym when he was 2 and 3 years old.  He would just shake like a leaf and beg for someone to hold his hand.  He didn’t ride a bike without training wheels until he was 8 and he didn’t care how much the other kids teased him.

Much like other children, he has wanted to be many things when he grows up.  First he wanted to develop and work on AI, then it was to be a game designer, then a YouTuber and currently it’s to be a vet.  Who knows what it will be tomorrow.

He makes friends easily, has never met a stranger and is a natural born leader.  Like many only children, he’s comfortable being alone and struggles with sharing.

He’s musically inclined and has always loved to dance.  He and his friends lately are practicing dance moves on the playground and he comes home and shows them to me and despite the fact that I studied dance at one point in my life, he is afraid his moves are too hard for me, which cracks me up.

He makes challenges for his friends in Minecraft and seems in perpetual competition with his best friend to make the hardest challenge possible that cannot be completed before the allotted time has run out.

He hates to be in trouble, and is very hard on himself.  He doesn’t tell anyone how he feels, and we work on that.

And, I might be his favorite person with his dad as a really close second.

But my point is, he doesn’t drag around a sign chained to his neck that says DYSLEXIC.  It’s not tattooed across his face.  It is not the sum of him.  It is not the beginning nor is it the end of his story.  He is not a pariah.  He is not broken or deficient.  He is not mal-formed.  His brain is not under developed.  His “disability” isn’t really a disability.

Humans like to classify things and because 20% of the population is blessed to think at a higher level, the rest of us can’t handle it, so we label it and refuse to teach them and make them think there’s something wrong with them, when we’re the ones with the problem.

Throw away the label.  Embrace who they are.  Set them free to explore the endless possibilities of who they can be.

When I look at my son all I see is beauty, a miracle.

And the best part?  He calls me mom. 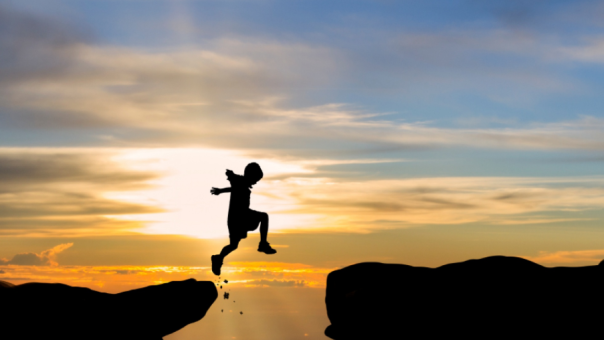