Our child is more than moderate on the scale of dyslexia and the journey has been challenging, to say the least. We are beyond blessed, we completely recognize that. Due to our circumstances in life we were able to gift this investment to our child, and we do not regret a single penny.  I don’t wear fancy jewels, we don’t drive fancy cars and we don’t take vacations.  He needed it, we could provide it, we definitely see the pay off and so does he.

If you follow my blog, you know initially he could not read at all. Four months and more than 1/3rd of the investment in, he could blend, was at long last developing his decoding skills, and was a “beginning” reader.  Three years later and he’s far more confident with his ability to read, and at long last finally feels that he CAN read and for the first time ever is actually starting to enjoy it.

If you have read my past blog entries you know I’ve fought hard for the proper accommodations, understanding from his teachers and staff, and in general for his independence to read what he pleases.  There was even a whole thing last year where a book was taken from him because “it was too hard” and I had to deal with that.

My son came home with Rick Riordan’s The Son of Neptune as his choice of book for his Reading class. 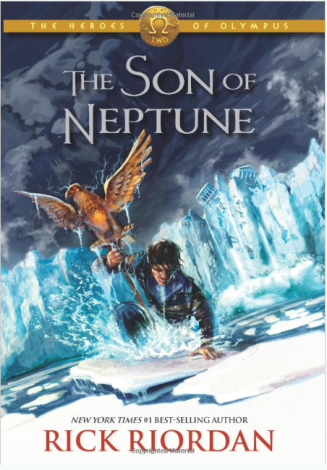 The second book in The Heroes of Olympus series, it’s quite thick, intimidatingly so, yet my son was like, nope, I’m gonna read it, mom!

His teacher quickly emails and asks for guidance and how best to balance the demands of the book with his accommodations.  I am pro-AT for the school environment and was grateful she was already diving in and asking how best to help ensure his success.  He already had Audible on his iPad and so I downloaded the book and now place his iPad and headphones in his backpack every morning.  He then engaged in a combination of ear and eye reading.

He was flying through the book.  Then he wrote a goal for school that he would read 20 pages a day, 5 days a week and his overall goal was to read 10,000 pages in the school year (I wrote about this in Fight or Flight?  Hmm, I’ll take Fight https://amomsjourney-mydyslexiclife.com/2019/09/05/fight-or-flight-hmm-ill-take-fight/.)  What it boiled down to was he set that goal for himself and yes, he realizes the math is wrong.  He also stated that he was reading 20 pages a day at school between ears and eyes and felt it was an easy goal to achieve.

Well, on Sunday his dad asked him to read for 30 minutes and do some other school work and he told his dad he had finished the book and wouldn’t get another one until Monday.  They talked about it for a few minutes and his dad said ok and let it go.  Our son exits to go play at a friends house and we sit down to talk.

But THIS book, is far and away significantly more than he’s ever picked up before, and claimed to have read, and more not just in page count but in the level of the content.  Truly it’s like the difference in hiking a trail versus climbing a mountain.

Neither of us has read it either with eyes or ears and we know nothing about the story.  At almost 600 pages that would take me a couple of days of hard core reading (even for a YA book), or listening (the unabridged version is 13 1/2 hours) at just over a week of my daily commute dedicated to that task alone.

I sent him to his grandparents house with a book that I said he had to complete before he came home.  I let him pick the book and he picked Nick Bruel’s Bad Kitty Goes to Camp. 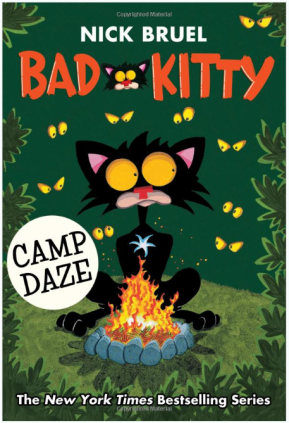 Note that this book is a graphic novel.

Within a few days of leaving he told his grandmother that he had finished the book.  Having been front and center in this journey and having tried to help him with his reading before we knew he had dyslexia, she read the book herself then asked him about it.  He knew it perfectly.  He had read the whole book and understood it all.

So again, here we are, debating, how do we really know?  He has worked so hard and he has truly come so far and we are monumentally proud.  We do not see him read so we can’t gauge.  The journey has been so challenging and we’ve had so many tutors and between them and school I was determined that home would be a safe place.  I was not going to push him further than we were already pushing him.  With me, in my presence, I desired for him to be feel like he could relax, not be on guard that mom is about to drop a reading assignment on his already very tired brain.

I’ve been even more adamant about this since I heard Dr. Sally Shaywitz give the analogy of the gas tank which goes like this:

Think of your attention span as a gas tank.  For a normative person, the task of reading the paragraph does not require 100% of your attention, so in the fuel tank of your attention, you will barely burn up any of the fumes at the top of the tank.  For the dyslexic reader, the same task will drain the tank as they focus on the task of not just reading the words but understanding what was written as well, plus the pressure of performing, etc.  This takes the entire tank of gas.  The child is exhausted and has nothing in reserve while their normative peers are still operating on a full tank.

But still, here we are.  Our son has said he’s read it.  We want to believe him.  We do not want to insinuate that he’s lying.  We don’t want to create or cause stress after this much of an investment, but since we’ve not read the books we have no idea how to know for sure, but seriously, how do we know?  How can we know?

I told my husband he could read or listen to the book himself, I got a big no to both of those options. I can read and listen to it but I’ve got a stack of books I’m already trying to read and my commute listening to what I want to listen to is the only fiction I get in my life and I LOVE fiction.  (I’m currently rebelling against my ginormous stack of dyslexia books because I just don’t want to deal.)

What I know is that this is a circular argument.  We either read or we trust.  It’s black and white really.  It is just that it is a new crossroads for us when we’ve traveled such a rocky road to get here.  He’s worked so hard.

Maybe this is the first letting go and showing trust?

What I know is I don’t have the answer, yet.  Maybe I’ll listen to the book, talk to him about it and that will be how I let go and show trust.  Each of us will face this road differently from each other and come to separate conclusions, that I do know.

It’s a good problem to have though.  Of the problems we’ve had thus far, this is a good one, a happy one. 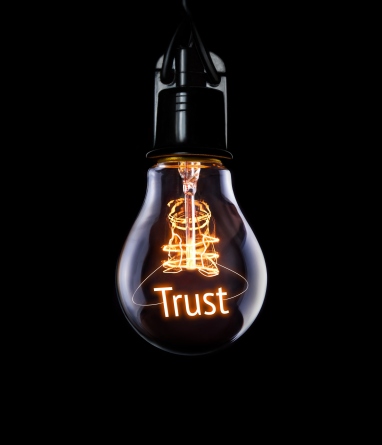